Out of all the places in all of Iceland, Icelanders tend to LOVE Ásbyrgi canyon the most. They usually call it the most magical place you can find in Iceland. Now, we can describe Ásbyrgi in words, but you must visit the place to understand the magic of it. It’s not just how it looks, and believe us when we say it’s stunning. But it’s the way it smells, sounds and feels.

Ásbyrgi canyon is 1.1 kilometers across and 3.5 kilometers in length. It’s divided by a 25-meter-high rock formation called Eyjan (the Island). At the end of the canyon is a beautiful pond called Botnstjörn. Ásbyrgi is pretty much covered in trees, mostly birch, and lots of birds like to nest in the steep cliffs. 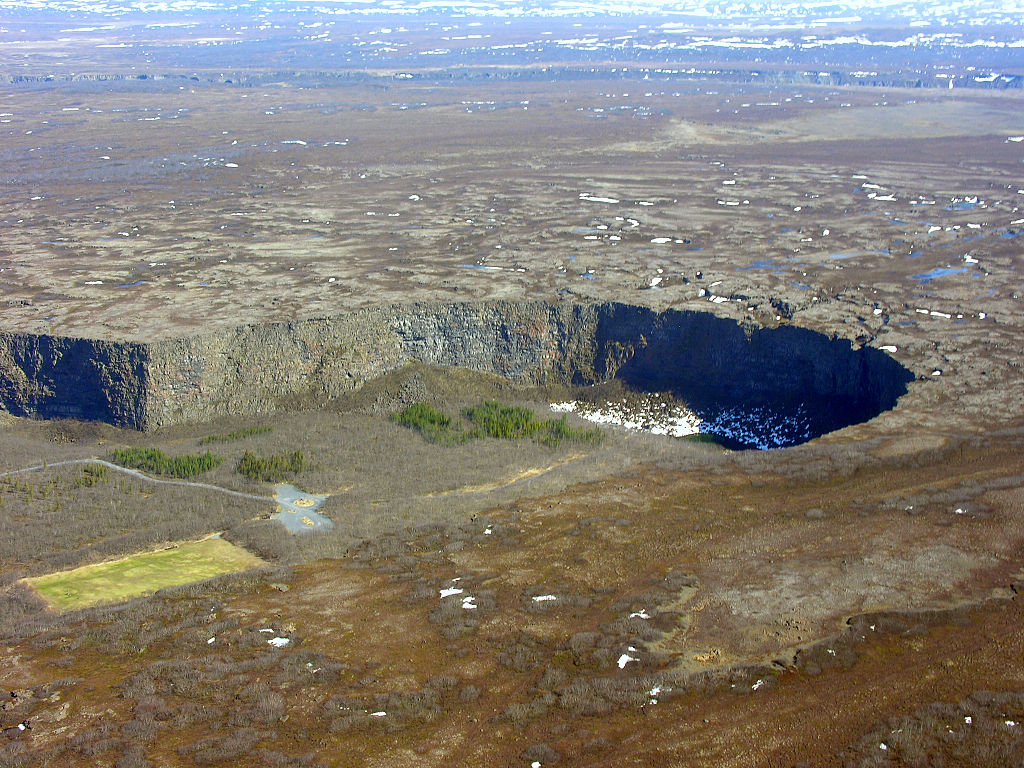 First, the myth of how Ásbyrgi was created is very cool. Seen from above, it’s shaped like a horseshoe. Supposedly, Odin’s eight-legged flying horse, Sleipnir, bumped one of his hooves on the ground when he and Odin rushed by. Probably on their way to fight a bunch of frost giants.

The real explanation for Ásbyrgi’s shape is not as cool, but still interesting enough. At the end of the ice age, thousands of years ago, glaciers melted fast and formed large glacial rivers. At least a couple of times, Vatnajökull glacier burst open and released massive glacial floods. Their destructive power formed the unique landscape of Ásbyrgi and must have been some sight at the time (although no one was around to see it).

The campground in Ásbyrgi is open from May 15th until the 30th of September. We recommend stopping at the Gljúfrastofa visitor centre for information about Vatnajökulsþjóðgarður national park, you can find their opening hours on the website.