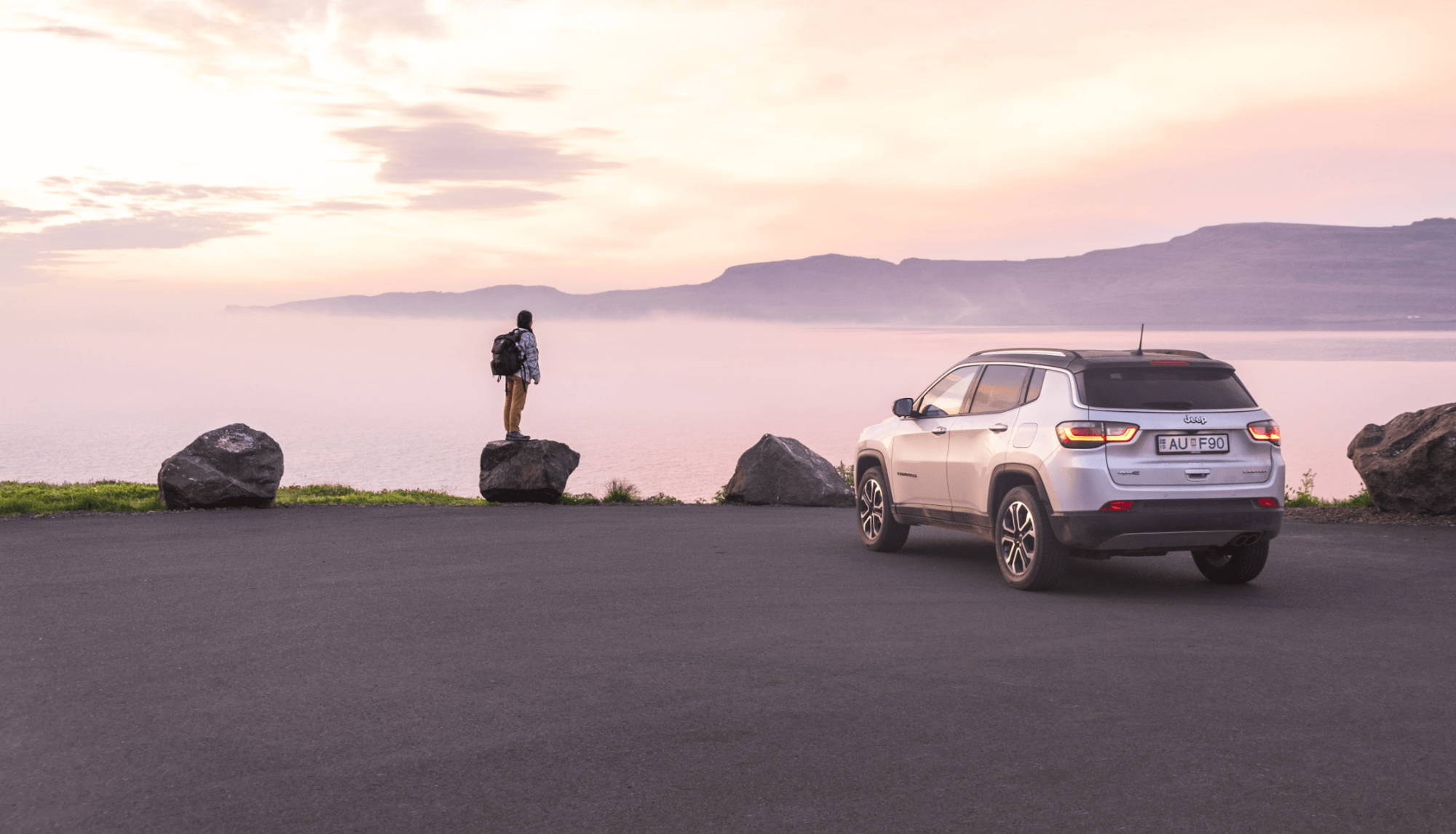 Iceland is an island, a European country, located midway between North America and mainland Europe. It lies just below the Arctic Circle between 64 and 66 degrees north. The capital is Reykjavik. It is the northernmost capital in the world and is located exactly halfway between New York and Moscow.

How do I get there?

There are several daily non-stop flights to Iceland from North America and Europe. Flights land at Keflavik International Airport (48 km or 30 miles southwest from Reykjavik). Icelandair is the only Icelandic airline in Iceland but there are numerous foreign airlines that also fly to Iceland from all over the world

How big is Iceland?

Iceland is 103,000 square km. It’s about one-quarter larger than Ireland or about the size of the state of Ohio. The population is 300,000. Two out of three Icelanders live in the greater Reykjavik area. One third lives in coastal areas around the island. The central highlands are uninhabited. The biggest city outside of the Reykjavik metropolitan area is Akureyri which is located in the north and has 17,000 inhabitants.

The winters in Iceland are quite mild thanks to the Gulf Stream. In Reykjavik, it’s just as likely to rain as it is to snow. However, it’s often windy and the weather is very changeable. The average temperature in January, the coldest month, is 0 C (32 F). Summers are cool with an average temperature of 12 C (54 F) in July. It rarely gets hot and it can be rainy and windy. The record heat recorded in Reykjavik is 26 C (78 F).

How long or short are the days?

There is a big difference between winter and summer daylight hours. From May to August, you won't see much darkness. Conversely, in mid-winter, expect only about four to five hours a day of daylight. Spring and fall daylight hours are roughly the same as in Europe and North America.

How should I dress?

No matter what time of year you plan to visit Iceland, always pack some warm and water-resistant clothes and good walking shoes. The weather can change quickly any time of the year. During the summer months, bring some light clothing along with fleece and raingear. Don't forget to bring your swimsuit. Iceland has an abundance of outdoor geothermal pools that are open year-round and have an average water temperature of 26 C (78 F).

Swimming is very popular year-round in Iceland. The Reykjavik area has more than 10 high-quality outdoor swimming pools and there are outdoor swimming pools in most towns and villages around Iceland. The pools are filled with water from natural hot springs. Many pools also have saunas, steam baths, and numerous hot tubs with water temperatures ranging from 36 to 44 C (96 to 112 F). Most pools also have children's areas with slides and water toys. In Reykjavik, the entrance fee is ISK 550 (€3/ $4) for adults and ISK 130 (€0.80 / $1) for children aged 6-18, children 0-6 do not have to pay.

Fish, lamb, and dairy products are the basics of the Icelandic diet. Icelandic fish such as cod, haddock, halibut, ray, redfish, and lobster are caught in the unpolluted waters of the North Atlantic and has a reputation for superb quality. Freshwater salmon and trout are also popular during the summer months. The use of hormones in livestock is forbidden in Iceland and sheep and lambs roam freely on the mountain meadows during summer. Icelandic dairy produce has a delicate flavor produced by the clean environment and fragrant pastures herds are reared on. Try some of the Icelandic specialties such as skyr, a skimmed milk curd. The Icelandic tap water is natural spring water and is pure and safe to drink throughout the country.

What is the currency?

The Icelandic currency is kronur (ISK). The currency has devalued dramatically in 2009 making Iceland more affordable for visitors. It's easy to exchange money at the airport, in banks, and at currency exchanges. You can also pay for virtually anything with a credit card - except the public buses. Visa and MasterCard are widely accepted; American Express and Diner's Card are less so. Bank machines are easy to find. Click here for a currency converter.

When are shops open in Reykjavik?

Downtown opening hours may vary but stores are generally open from 10-18:00 on weekdays and 10-14:00 on Saturdays. Some stores stay open longer on Saturdays and most downtown stores are open until 18:00 on the first Saturday of each month. There are two large shopping centers in Reykjavik, Kringlan and Smaralind. The stores in the shopping malls are open all days of the week and later at night than downtown stores.

What continent is Iceland on?

Is there a shopping tax refund?

When you buy goods in Iceland that cost more than 4,000ISK you can get about 15% refunded. It's easy to claim the refund at Keflavik International Airport.

Will my mobile phone work in Iceland?

It's easy to get Internet access throughout Iceland. If you don't bring a computer, you'll find Internet cafés in the bigger towns and hotels. Many restaurants and cafés, especially in Reykjavik, have free Wi-Fi access, so if you have a laptop you can get Internet access almost everywhere. 3G internet is widely spread in Iceland.

Icelandic National Broadcasting Service (RUV) is a public-service broadcaster owned by the state, which runs national radio and TV services. The RUV must promote the Icelandic language, history and culture. There is guaranteed press freedom.

There is an efficient airmail service to Europe and USA.