How Iceland was formed

Iceland is uniquely situated on both two tectonic plates and on a mantle plume (better known as a hotspot).

The Mid Atlantic ridge is believed to have contributed to the splitting of the supercontinent Pangaea some 175 million years ago.

Iceland’s story begins 60 million years ago when the ridge started opening up. The land that passed above the ocean’s surface quickly succumbed to an erosion of water and wind. The oldest parts of Iceland still above sea level are around 16 million years old. Those parts can be found in the Westfjords and the Eastfjords. The center of Iceland (where the tectonic plates meet)  is at all times the youngest part of the country.

The only reason Iceland is still above sea level is the constant activity of the mantle plume. Without it, this small island would likely drift apart towards Greenland and Faroe Islands and eventually disappear below the surface.

As the two tectonic plates that meet in the Mid Atlantic; the Eurasian plate and the North American plate are constantly moving away from each other as Iceland is pulled apart by 2 cm every year. This means that there is always a new part of Iceland forming.

A young country with young features

Iceland is one of the youngest countries in the world at “only” 18 million years old. This means there is less vegetation and the landscape is rawer than in many other places. The erosion of wind and glaciers also contribute greatly to the rawness of the land. Many describe Icelandic landscape as “moonlike” and these features even encouraged NASA to practice for lunar expedition in Askja Caldera in the sixties. 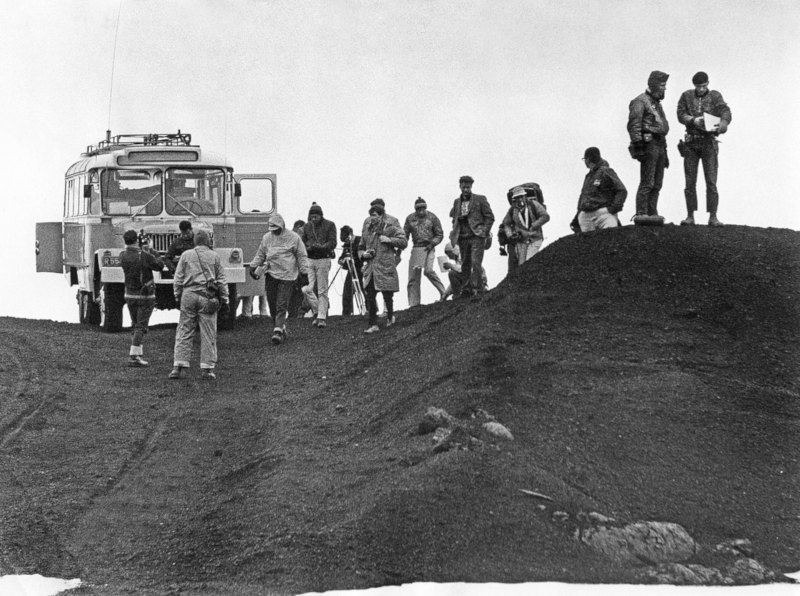 Picture from the Exploration Museum.