When we start thinking about the Icelandic Christmas stories, and folklore our parents and books told us about as children, we’re amazed that we’re not more traumatized! While the stories have certainly gotten more kid-appropriate over the years, in the old days, the Santa Clauses, their troll parents and the Christmas Cat were very evil and scary. They were meant to scare children into obedience, but times have changed, thankfully. 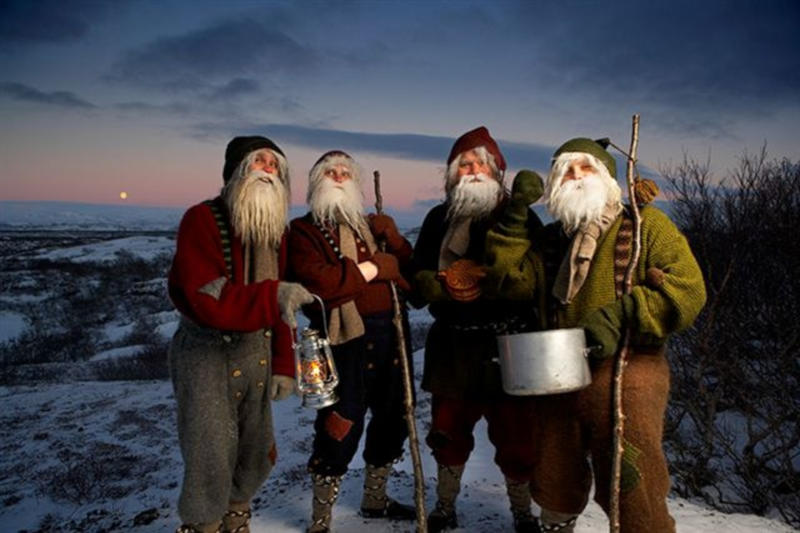 Iceland doesn’t have one Santa; we have 13! They’re all brothers, and of course, they’re ill-behaved trolls. Their parents are great either unless you find eating children to be ok. The Yule lads “kind of” bring presents to the kids like the traditional Santa in other countries, but they do it in the form of a small gift, placed in children’s shoes at night. They don’t come all at once. 13 days before Christmas they start to show up, one each night. So, 13 days before Christmas, the kids put their shoe on a windowsill, and when they wake up, they have a little treat waiting for them. Unless they’ve been bad, then they get an old potato. They all have funny names, like Stubby, Spoon-licker, Sausage-Swiper, etc. so you’re right not to mess with them. 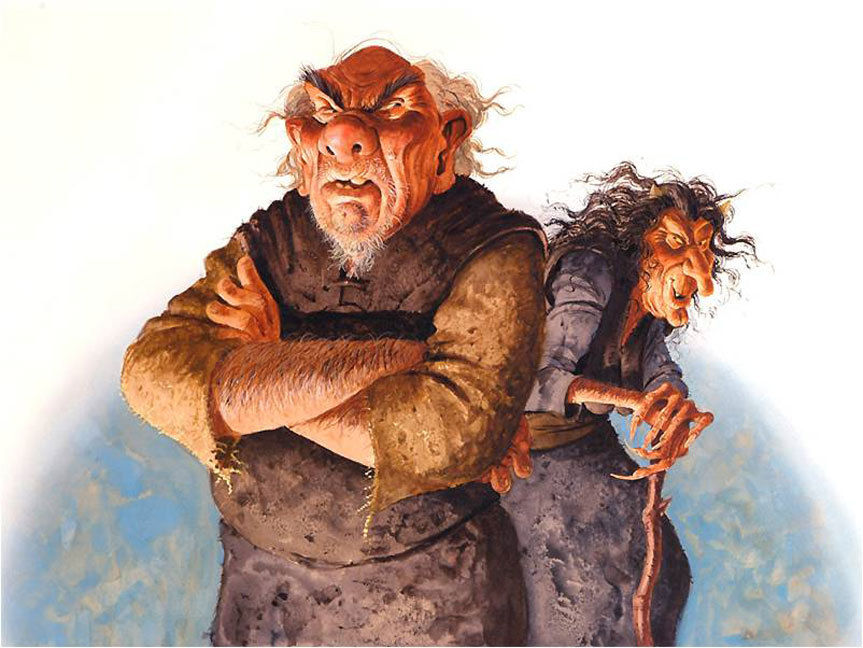 Grýla is the troll mother of the Yule Lads. She’s supposedly ugly, has 15 tails and smells bad. She carries a large sack, full of naughty children she plans on serving for dinner. Well, at least that used to be the story. Nowadays, parents play it down a little bit, but kids still find her scary. Leppalúði isn’t as ugly as Grýla, but he’s still a cannibal like her. 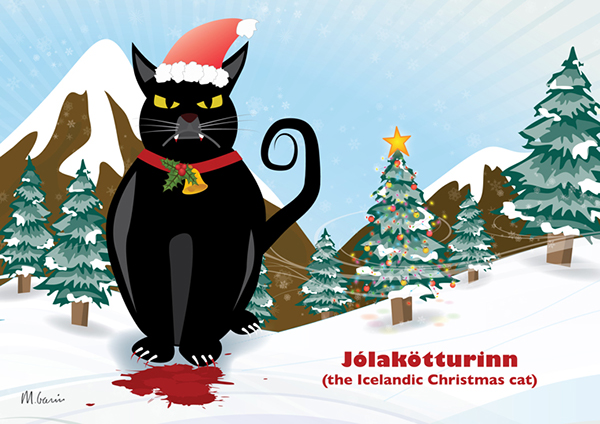 The Yule Lads, Grýla, and Leppalúði have a cat. It’s not a good kitty. The story goes, that if you don’t get any new clothes before Christmas, like, at least a pair of socks or something, the Christmas cat will grab you and eat you. Nice.