So, you want to visit volcanoes in Iceland?

How many volcanoes are there in Iceland?

Iceland has around 130 volcanoes, although some of them are considered dormant. That means they haven’t erupted for 10.000 years. But still, quite a few are active. If you land in Keflavík airport, pick up your rental car from us and drive to Reykjavík, you´ll already have passed a few of them on the Reykjanes peninsula.

You don’t have to drive far from Reykjavík to find volcanoes such as the Blue mountains and Hengill. Drive a bit further along the south coast and you´ll pass Hekla. She's a very active volcano that last erupted in the year 2000. Volcanologists suspect she’s ready to blow again soon!

Our most famous volcano is the one beneath Eyjafjallajökull glacier. Yup, the one that erupted spectacularly in 2010. It halted much of the worlds air traffic (bad volcano). If you plan on driving even further along the south coast of Iceland, which is of course very beautiful, you might catch a glimpse of it. When you get to the small town of Hvolsvöllur, take road 261 to Fljótshlíð. You´ll see the glacier where the road ends. If you have one of our 4WD cars you can cross the river if the water levels aren’t too high and get a better look. 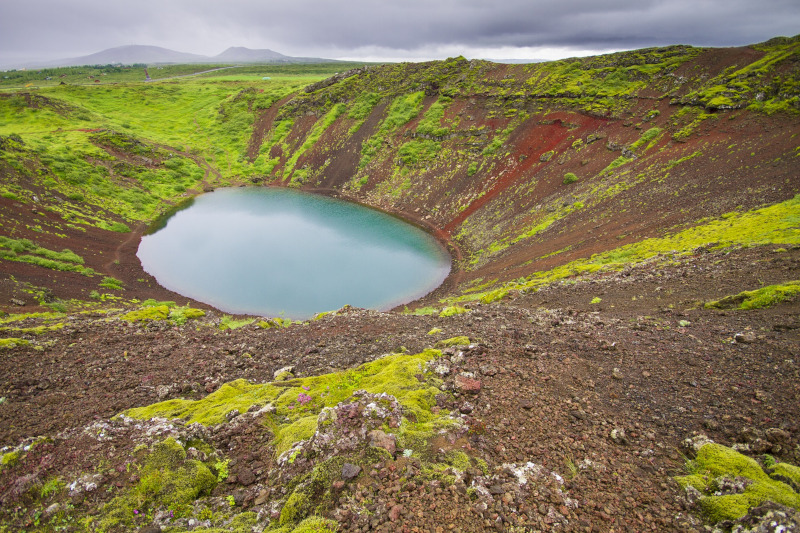 In the glacier beside Eyjafjallajökull, called Mýrdalsjökull, lies one of Iceland’s most feared volcanoes, Katla. Even the name sounds scary, and some people say she’s overdue for an eruption. If you drive to Vík you can visit the Katla center and learn more about it.

We can’t talk about volcanoes and not mention Þríhnúkagígur. Its name is tough to pronounce, even for Icelanders. It literally means „Three peaks crater.“ It hasn’t erupted for 4000 years and is classed as dormant. What’ special about it is that you can go on a tour and descend 700 feet into it and walk around at the bottom. So why only look at the outside of volcanoes when you can see one from the inside? Because it’s a crazy, once in a lifetime experience.