Icelanders go a little mad on New Year’s Eve and blow up around 500 tons of fireworks in a couple of hours. And no, they aren’t official fireworks shows sponsored by the city. Instead, everyone stocks up on fireworks and the whole family goes out to the street to light them before midnight. It’s an amazing show, all over the greater capital area. The New Year’s Eve routine for many, if not most, Icelandic families is: 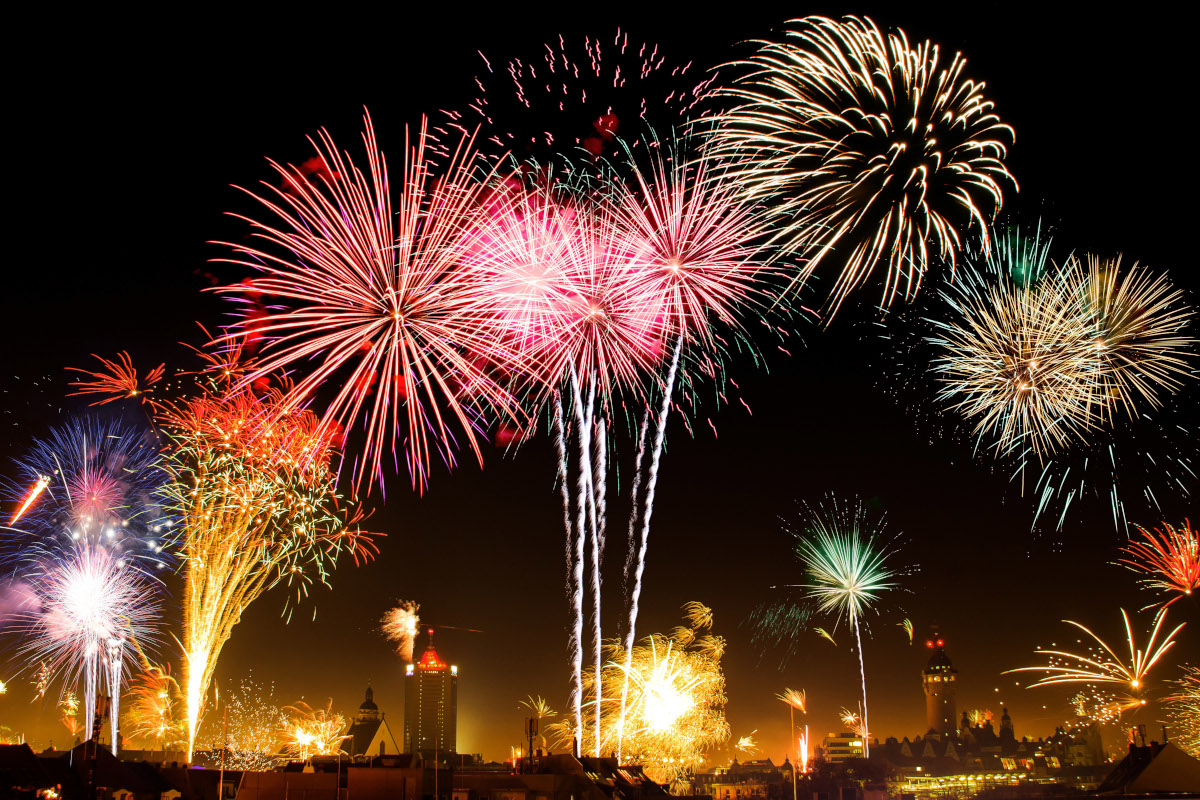 If you want to participate you can buy your own fireworks in special stores after December 26th, you´ll see them all over town. At least get some sparklers and join in!

But, as the Icelandic saying goes: Walk slowly through the doors of joy.

That means: Party hard, but not too hard!