Ravens have been a part of Iceland since the settlement. According to legend, the first person to settle in Iceland was Hrafna-Flóki or Raven-Flóki. He took with him three ravens from Norway to help him find Iceland – which had no name at that time. The first one flew to the Faroese Islands, the second one flew straight up and came back down while the third one showed him the way to Iceland*.

But what can they do?

Many know crows are incredibly smart, being able to solve many different problems and have an exceptional memory. Ravens are very closely related to crows, so it is no wonder they are smart.

They are very good at mimicking all kinds of sounds, even human speak! It is pretty freaky to see.

They are also very versatile and opportunistic. Ravens will eat almost everything, being omnivores and eat carrion, insects, fruits and berries, small animals and food waste.

They have stolen fish from people who were fishing by pulling the fishing line out of the water, and if they see other ravens watching them when they are hiding their food, they will pretend to hide it and then hide it someplace else when they know the other raven is not watching still.

So this study shows that they remember people who cheat them. They have also been known to show some sort of empathy after a fight with another raven, and they greet birds, even of other species, they like.

In a study that was done on crows at the University of Washington, it showed that they never forget a face and even teach the next generation to look out for certain faces. And since crows and ravens are nearly the same bird, it would not do to cross one over. They do not like it and will not forget you!

They are also known for being exceptionally flashy, and they decorate their nests will all kinds of everything that glitters. It just shows they have a sense of making things pretty around them.

The reason the country got its name is that Flóki and his slaves settled in Vatnsfjörður in the West Fjords. It was so full of fish; he and his slaves forgot to make hay and do other stuff for the coming winter which resulted in all his livestock died. During spring he hiked up a nearby mountain and saw the fjord full of icebergs, and henceforth he called the island Iceland. 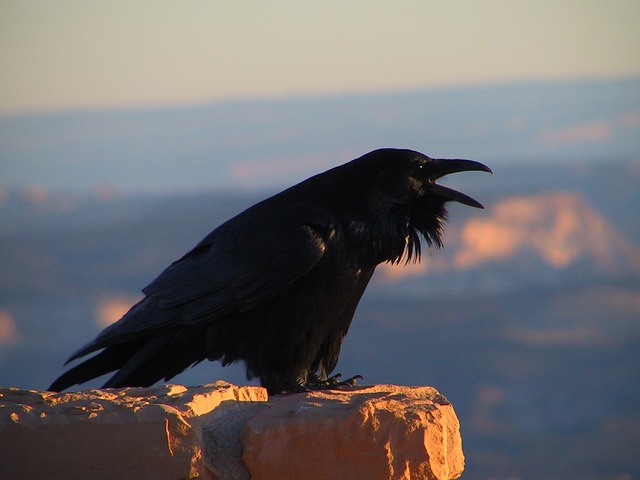