Three things to try on your way through Akureyri

Reykjavik comprises the only collection of buildings classified as a city in Iceland. If you've spent a good few days there, you might agree that it feels more substantial than it is, because it serves as the only city for miles for all the surrounding country folk. Similarly, although not technically a city, Akureyri is often considered a capital in its own right. It's the capital of the North with a booming population of about eighteen thousand. You're bound to drive through it if you make the trip around Iceland, and the town makes both an excellent road stop and base for exploring its surroundings.

What Icelanders will first think of when making their way through is the compulsory ice cream stop at Brynjuís, or Brynja's Ice Cream. The stop is almost a tradition, with many delighting in the occasion and indulging in the North-Icelandic style of eating ice cream. With lot's of pepper-powder in it. Or not really pepper, the spicy stuff inside a spicy candy. Very weird, we know, and we highly recommend it for licorice lovers.

Get to some arctic island hopping

In the middle of the same fjord as Akureyri (which happens to be the deepest fjord in the country) lies Hrísey island. If you're willing to take a detour off the main road, a ferry departing from Árskógssandur village takes you to the lovely little fisherman's community in Hrísey, where the seabirds chirp and the tour guides ride tractors. The view of the fjord is impressive in its own right. If you find yourself addicted to small islands with small fisherman's villages on them, you're not far away from Grímsey, the northernmost inhabited territory of Iceland.

For a cozy afternoon and evening in town, you will want to walk through the canyon known locally as the "art canyon," not least of all because of Akureyri Art Museum, which lies there among other highly cultural establishments. By the time you're hungry you could dine at one of the country's oldest restaurants, Bautinn, another famously local locality, and then see if they have anything on at the North's leading music venue, The Green Hat. 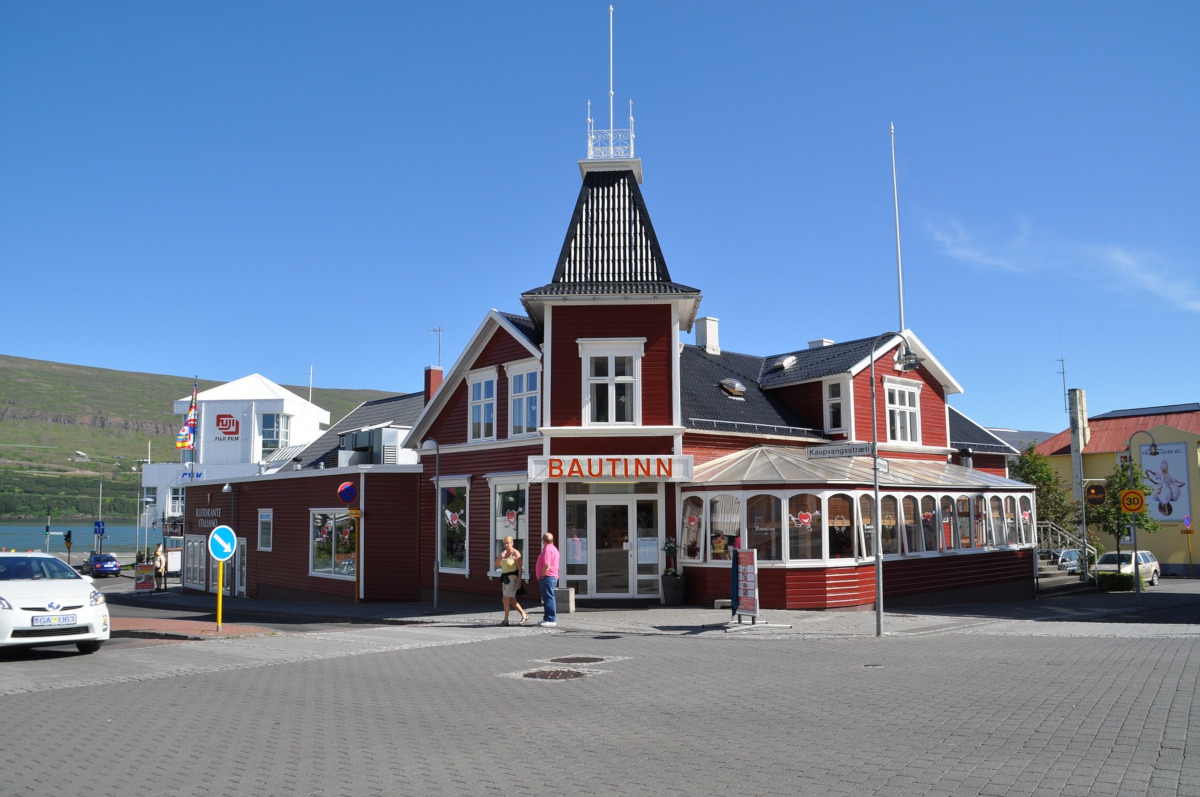