What do the colors of the Icelandic flag represent?

One would think there would be a long and interesting epic saga about the colors in the Icelandic flag and their meaning. Unfortunately, no. After extensive research, reading ancient newspapers, etc., all we could muster up is a story involving the Danish king who ruled over Iceland, and one sentence about what the colors stand for:

Blue (we love Blue) for the mountains, white for ice and red for fire! Alrighty then. Great information.

What was the story, then? 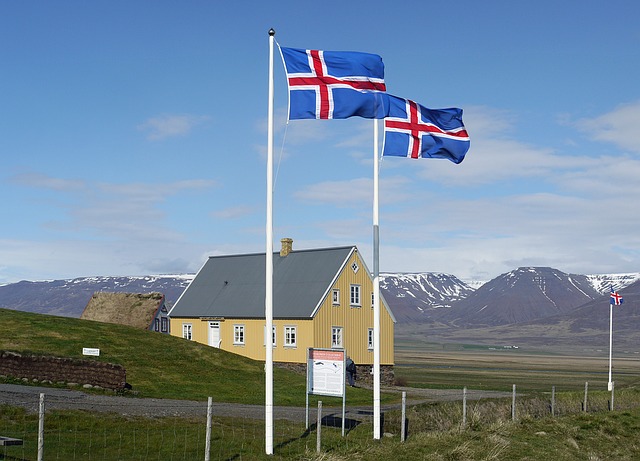 Ok. In 1906, Icelanders had wanted their own flag for a while. So, of course, a committee was formed.

The flag committee instead voted for “the White Blue” flag that didn’t have the red color in it.

Icelanders liked “the White Blue,” as it was called. It was a blue flag with a white cross, awfully like the Greek flag!

Time passed, and other committees were formed, but in the end, Kristján the 10th, king of Denmark (and therefore Iceland) expressed his opposition to “the White Blue.” He told committee members that in his opinion, it was way too similar to the Greek flag, and for this reason, he demanded another flag be designed.

Matthías Þórðarsons’s original flag design ended up being used and finally put into law in 1915, nine years after it was first presented. In the meantime, many Icelanders had gotten used to “the White Blue” flag and missed it sorely.

Looking for better stories? How about Iceland’s coat of arms!

We´ll definitely write about Iceland’s coat of arms soon. It’s very interesting, and the story has cool stuff like dragons defending the country.