If you want to get away from the crowds, the West Fjords are the place to go to. The area is just over 22.000 km2, but due to the many mountains and limited flatlands, the population is only about 7000 people.

The roads are not all that good, but the long and winding roads give stunning views of the area when driving.

To get to Dynjandi, you need to drive the winding fjords in the southern West Fjords, and when you get to Flókalundur in Vatnsfjörður, you need to take a right down road 60

The Red Sands is a long stretch of beach not far away from Látrabjarg, Europe’s largest bird cliff. The beach is 10 kilometers long, and even though the name refers to the red sand, it is black in some places and yellow in others. The grain of the sand is also in some places incredibly fine while in others the beach is mostly made up of broken sea shells.

To get to Rauðasandur, you need to drive the same winding roads of the southern West Fjords as you would if you were going to Dynjandi, but instead of turning right by Flókalundur you keep on driving until you reach the beach.

This is the fifth largest glacier in Iceland, after Vatnajökull, Langjökull, Hofsjökull, and Mýrdalsjökull. It is also the only glacier that wholly lies under 1000m above sea level and has not shrunk in recent years.

To get to Drangajökull, you will need to drive up to Ísafjarðardjúp and then take road 635 to Þverár.

Don't forget to check out some excellent Westfjords tours! 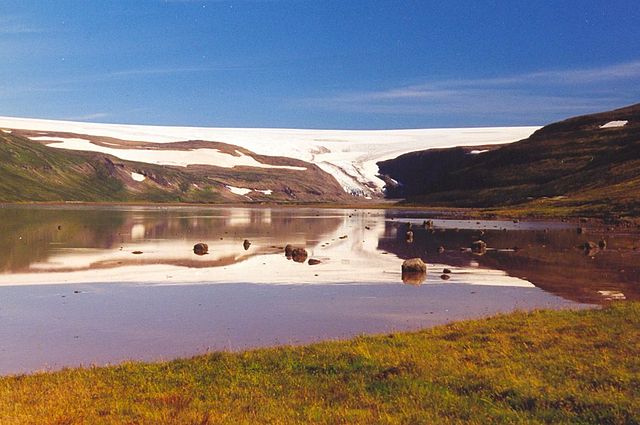