When and where can I see puffins in Iceland?

Puffins are so cute, just look at their funny little faces! Luckily for us Icelanders, we have millions of them. Our theory is that once, a penguin and a parrot got intimate, and much to their surprise, their offspring was a puffin. This theory has not been taken seriously by biologists or the scientific community thus far.

Puffins have a lot of things going for them, besides being adorable. They can dive down around 60 meters (that’s 200 feet, give or take), and fly as fast as the speed limit on Icelandic highways, almost 90 kilometers per hour. Pretty impressive for oversized penguin-parrots.

When can I see puffins in Iceland?

Puffins come to Iceland during summer during their nesting season. The first ones usually arrive in May, but sometimes as early as the end of April. Normally, they leave at the end of August. The very best time to see them is probably June, since that’s their main nesting time and they´ll be somewhat stationary, laying in their nests. 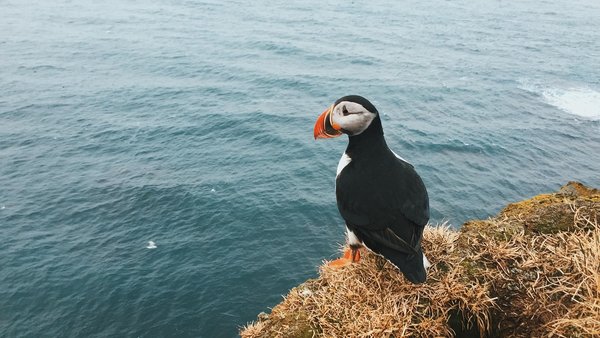 Where can I see puffins in Iceland?

Puffins build their nests in cliffs, but not just any cliffs. The most popular ones are: