Flatey and Flatey – the “flat islands” of Iceland

Around Iceland, you´ll find many islands, large and small. Among them, you´ll find two that are both called Flatey. To set the two apart, they’re usually referred to as Flatey in Breiðafjörður fjord, and Flatey in Skjálfandi bay. Back in the day, they were inhabited by families of fishermen and were even farmed.

Flatey in Breiðafjörður fjord is so charming and quaint that many movies have been shot there, and travelers absolutely love visiting the island and spend the day there. Bird lovers will not be disappointed since Flatey has a huge bird population. But, watch your head, since the Arctic terns there will try to peck your head if you get too close to their nests. A couple of families live on the island all year round, but most of the houses are mainly occupied by people during summer when families go there for leisure or work in tourist-related businesses. The houses are lovely and colorful, and the island is rich in history. In the year 1172, a monastery was founded there and back in the day the island was an important trading post with a large population.

If you want to visit, you can take the ferry Baldur that sails between Stykkishólmur and Brjánslækur and stops in Flatey as well. 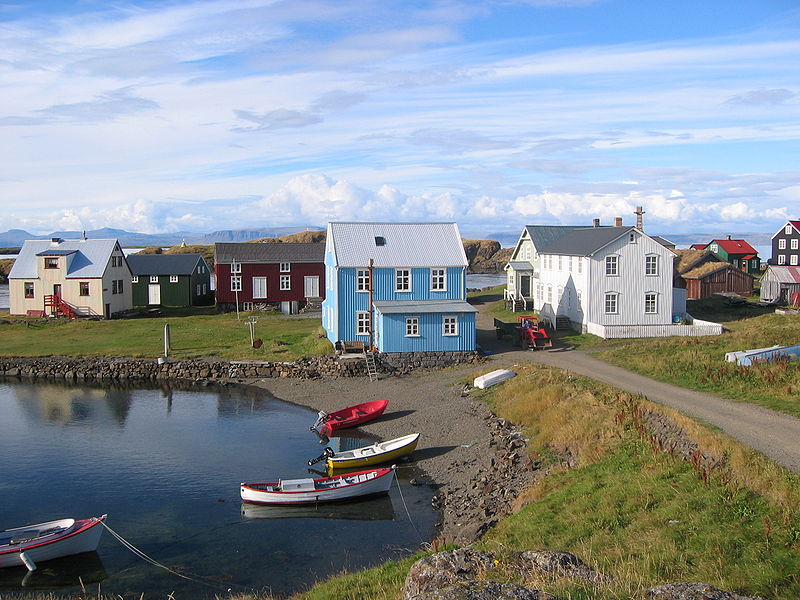 At one point, 129 people lived on Flatey island in Skjálfandi bay, but the island is now abandoned. Families still come there during summer and stay in the houses, but nobody lives there all year round. Back in the day, the island had an elementary school and a store, and people lived off fishing and farming.

50 years ago, all the island’s inhabitants decided to abandon it at the same time. It was a difficult decision for them, but they probably didn’t have much choice since no teacher was available to teach at the elementary school and parents didn’t want to send their children to the mainland to attend school. Money was probably an issue as well, and many were tempted to take jobs in a new factory in Húsavík. The island is in North Iceland and is a couple of kilometers of the coast of Iceland. 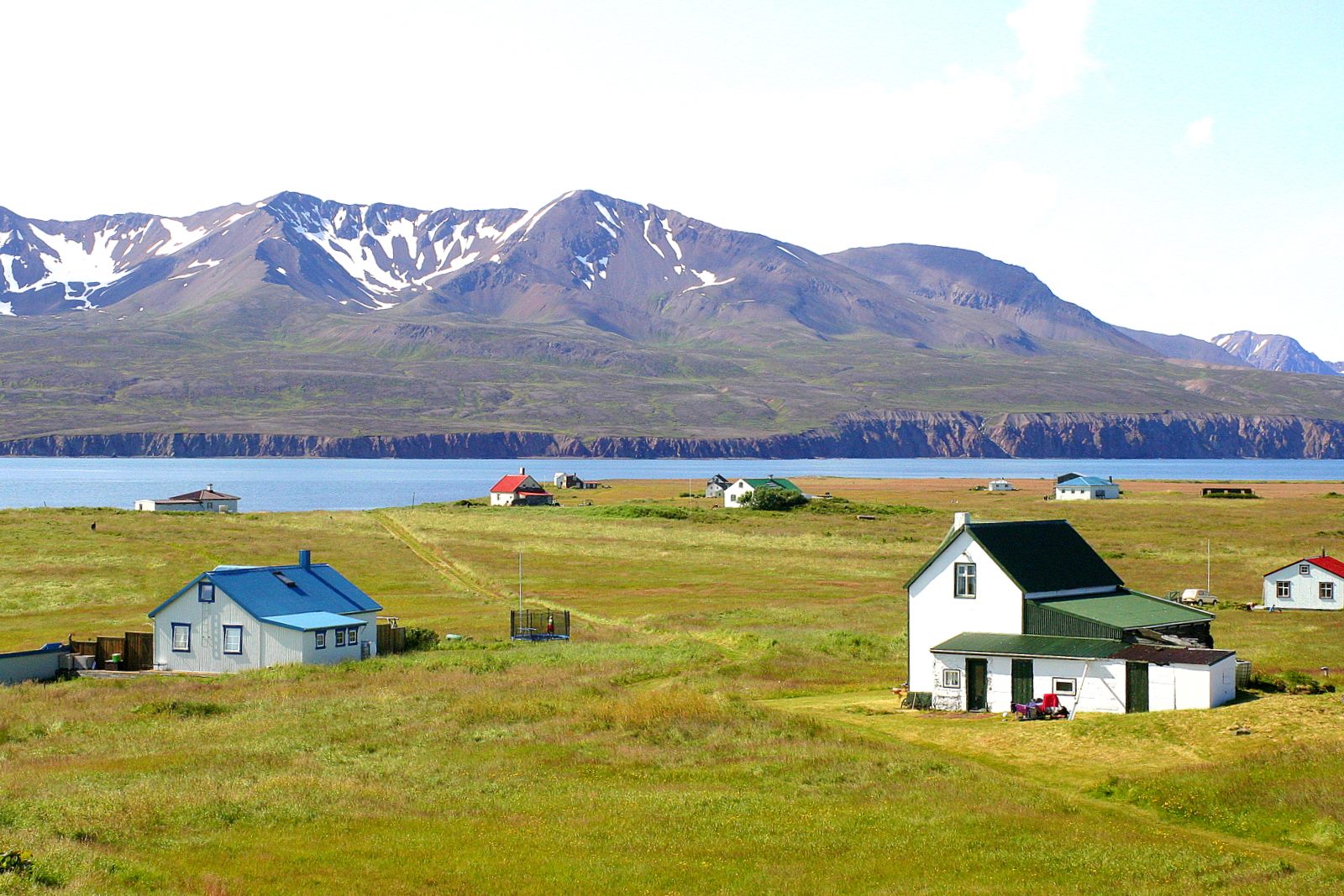