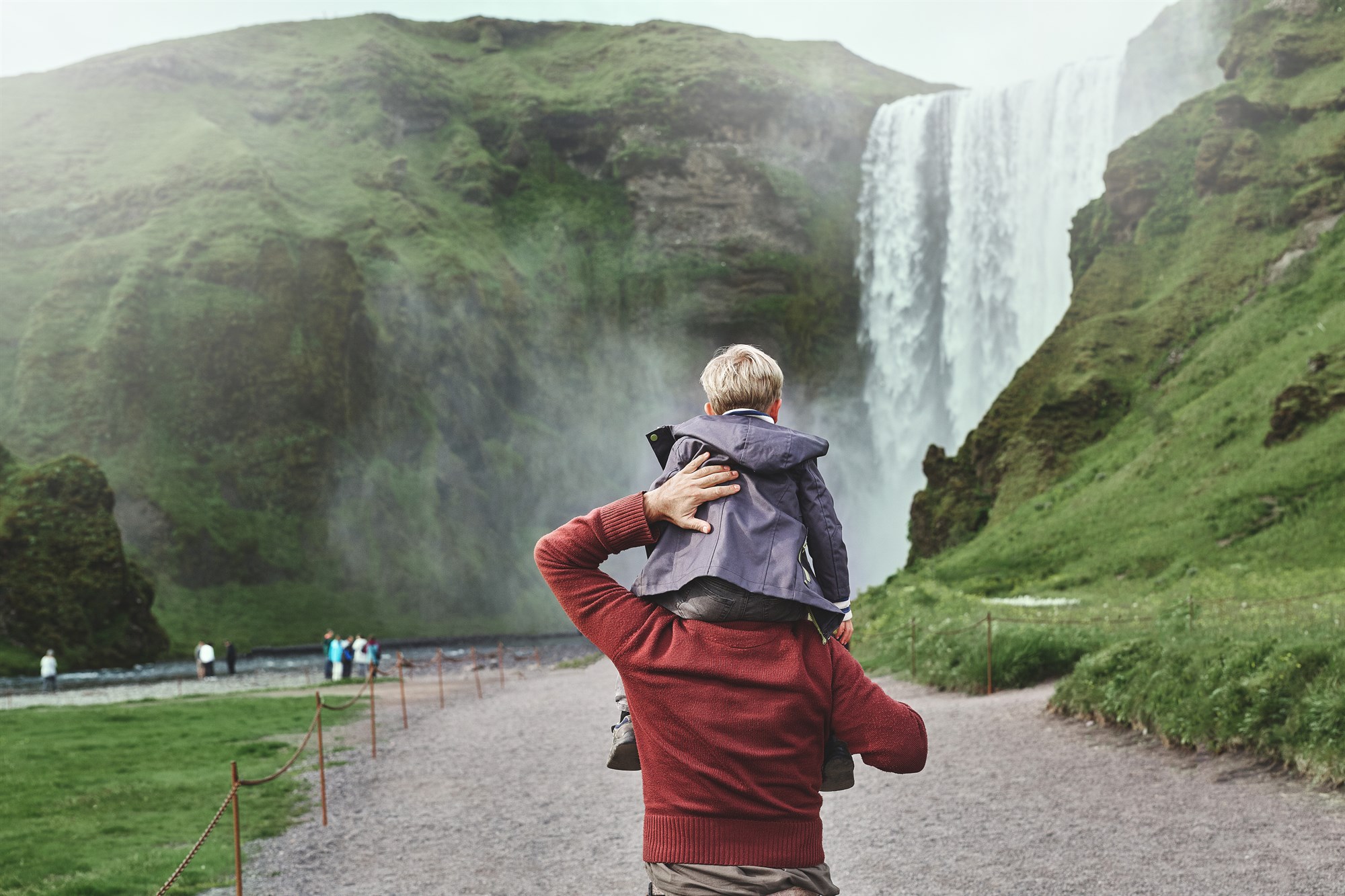 Icelandic Family: Why is everyone named “dottir” or “son”

Did you know that in Iceland it is not traditional to have family names as a last name? Here almost everyone is named after their parents first name with last names ending in “son” or “dottir.”

This has caught the attention of foreigners, with many finding this interesting or just really strange.

There is a reason for this unique name system and once you know the story behind this tradition, you will see why it is so deeply integrated in Icelandic history and culture.

The strange language of Iceland

Just like Iceland´s natural wonders such as the Blue lagoon or the northern lights, our language is both strange and interesting.

It is something that foreigners often do not understand. The question is, why is this or that so different in Iceland.

Societies around the world have their own and unique culture. What one might see as normal, others find strange. In Iceland there are a few things that only make sense to Icelanders.

Iceland is a remote island in the middle of the North Atlantic Ocean. For centuries the country was almost completely isolated from the outside world. This shaped Icelandic culture.

One of the most unique features of the culture is our language. There are so many strange things going on regarding the Icelandic language but we will just focus on the names.

How does Icelandic family name work?

A girl gets her last name after one of her parents first name. Then dóttir, meaning daughter, is added to notify that it is that person's child. It is the same with boys but instead of dóttir, they have a son added at the end of the name.

Most children have the name of their father, but it is also possible to be named after the mother. Iceland is known for gender equality and in modern Iceland it is getting more common.

For example, if a man named Björn has a son he will have the last name Björnsson. If he has a girl, her last name will be Björnsdottir. Simply meaning the son or daughter of Björn.

This name system is a huge part of Icelandic culture and identity. Both figuratively and literally. If a person’s last name ends in either “son” or “dóttir” it most likely means that it is an Icelander or has some connection to Iceland.

Iceland has a small population and has for most of its existence been extremely isolated from the outside world. As a result, most Icelanders are related in some way.

Therefore, most people would have the same family name. Especially in certain areas. So, family names would be impractical for identification.

The Icelandic name system is more effective in such a small and close community. The family unit is simply made smaller when it comes to family names. Only marking the name of the parents instead of the entire family history.

So, the name system is not just a tradition, it also serves a purpose.

This tradition can be traced all the way back to the Icelandic sagas. Where Vikings and even the old Norse gods, like Odin and Thor, are introduced by using this system. Presented by names as the sons and daughters of their ancestors.

Family is a strong unit in Iceland although the name is not used in the same way as in most parts of the world.

Blue Car Rental is one of Iceland's leading car rental companies. It is the largest local car rental in Iceland and a family owned company. The owners of Blue Car Rental, however, do not share the same last name.

Names do not change when people get married in Iceland. So, husband and wife do not share the same last name. This is another example of how the Icelandic system can be confusing for foreigners.

For example when renting a car. The car rental company needs to be able to list drivers by name. So when Icelanders book a car, hotel or flights there is nothing on the bookings that indicates family ties as they can all have different last names.

Icelandic women have enjoyed much success in CrossFit. With Annie Mist Þórisdóttir and Katrín Tanja Davíðsdóttir both being world champions. They and other women from Iceland competing in CrossFit started using “Dottir” as a symbol of unity and strength.

Dottir is now written on the female athletes' uniforms.Since it started it has become a popular icon in the CrossFit community. Used by both athletics and fans.

The Icelandic national women football team has started using “Dottir” when competing in international tournaments. For example, at the UEFA Euro final of 2022.

As in CrossFit the football team uses the word “Dottir” as a slogan of their identity and a symbol of unity and strength.

These are famous examples of how the Icelandic name tradition is connected to our heritage when we appear on the world stage.

SEE ALSO: ÁFRAM STELPUR! - ICELAND IS ONCE AGAIN IN THE EURO FINALS

It can be a great conversation starter when talking to the locals on your visit to Iceland. Allowing you to get to know them a little better.

You might also think, what would your last name be if you had the Icelandic name system. We recommend playing with it and using it from time to time. Especially if you want to blend in with the natives when in Iceland.

Into and Above the Glacier

This tour starts from Reykjavík in the early morning. You´ll go towards the Icelandic highlands above Húsafell in Borgarfjörður. When you arrive at Langjökull glacier base cap, we´ll give you appropriate clothing and helmets. After giving you the safety briefing, you´ll go an awesome snowmobile tour.