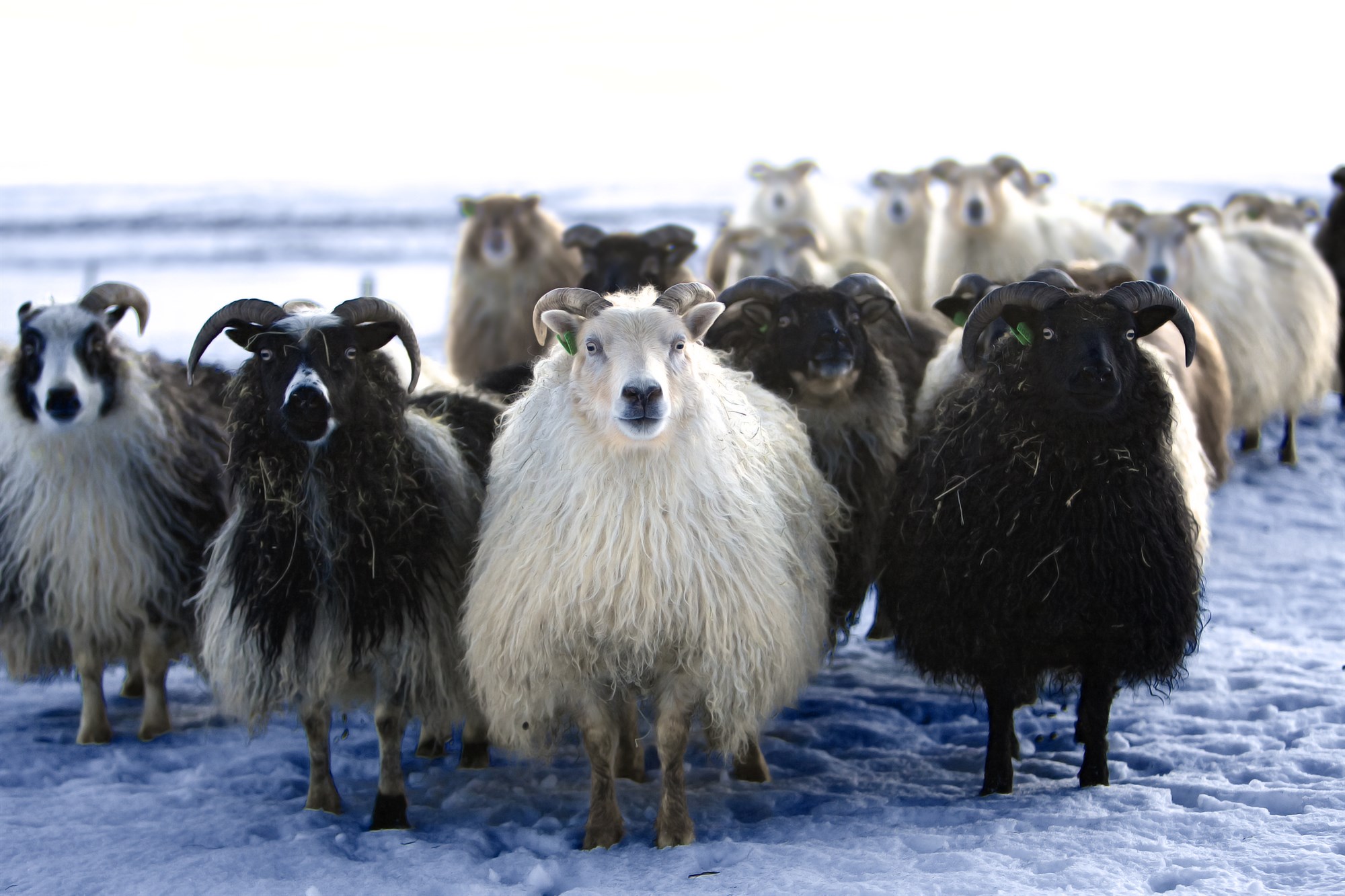 Men's day in Iceland and the midwinter festival Þorri

In Iceland there is a very unique midwinter festival called Þorri. This is in many ways the high point of the winter as Icelandic culture and heritage is celebrated in all parts of Iceland.

“Þorri” is not an event itself but the name of a month in the old Icelandic calendar. Starting on Men´s day in mid January and ending Women´s day in mid February.

It is celebrated by going to an event called “Þorrablót.” These are elaborate events where local communities get together for drinking, dancing and most importantly eat traditional Icelandic food.

On that day it is tradition for wifes in Iceland to pamper their husbands. Most commonly by bringing them flowers, small gifts and often followed by a nice dinner.

The word “bóndi” really means farmers so in direct translation “Bóndadagur” could also mean Farmers day.That could also be the original meaning of the day, as it is an old tradition that goes back centuries in Iceland. Back to a time when almost everyone in Iceland were farmers.

As Þorri begins on Men´s day is it only fitting that it ends on Women's day.

Women's day is on the third Sunday of February, the first day in “Góa,” another month in the old Icelandic calendar.

On Women's day the same applies as on Men´s day. Just the other way around. Husbands pamper their wives with flowers, gifts and other heartwarming acts such as a fancy dinner.

Women's day is the Icelandic version of Valentine´s day, which is not celebrated as widely in Iceland as both Women's day and Men´s day.

In Iceland this is the time where the community comes together and celebrates that winter is now getting shorter and the days are getting longer. The most popular way to celebrate this in Iceland is by going to an event called “Þorrablót.”

Claimed to be an accent tradition from the Vikings, where they would celebrate the old Nordic gods, such as Thor and Odin, with a great party where there is a lot of food and drinks. In truth we don't really know how old this tradition is but it has been a popular and unseparated part of Icelandic culture for centuries.

There are hundreds of these local festivals held all over Iceland each year. They are among, if not the biggest, social event of the year for many communities.

At these festivals Icelanders get together to feast on traditional Icelandic food and get drunk. But there is much more to it than that. It is a cultural and social event where people of Iceland go to have fun in the cold dark winter, which is finally on the retreat.

There is a lot of effort put into these festivals. Some of the largest have up to a thousand guests attending. Musicians are hired, as well as other entertainment. It is all about having fun together as these events go well into the night.

Traditional food in Iceland is strange to say the least. Most people in Iceland find it extremely unappealing and many will go as far as saying it is simply disgusting.

Despite being rather unpopular it is considered by some to be a true Icelandic delicacy and for most an unseparate part of celebrating Þorri.

On top of that is most of the food sour. Meaning it has been processed in a certain way to preserve it. This was the way Icelanders prevented their foods from going bad, back before there were no refrigerators.

One of the most famous foods eaten at thai time is fermented shark. It is also one of the strongest tasting dishes served and with the worst smell. In Iceland it is tradition to eat fermented shark with a shot of ice-cold Icelandic Brennivín. A strong liquor also known as Black Death.

Just to be clear these are traditional Icelandic dishes, not typical food in Iceland. They are only available during this time of the year. For most it is about the tradition and celebrating Icelandic heritage why this food is served and eaten. Not for the taste.

SEE ALSO: 9 TRADITIONAL ICELANDIC FOODS THAT YOU NEED TO TRY

There is other traditional food served which is not as unappealing as the sour testicles and burned heads. For example, smoked lamb and dry fish. Although these dishes are part of the tradition and traditional Icelandic food, they are also common in Iceland and easily found all year round.

The celebration of Þorri is as Icelandic as it gets. Its roots lay within the national soul of the people in Iceland. January and February are peak winter months, with bad weather and very limited daylight.

There is a saying in Iceland that we must survive Þorri and from then on everything will get better. That is precisely what Þorri is about in Iceland.

Taking the worst time of the year and turning it into something fun and meaningful. Like getting together and eating disgusting food, getting drunk and giving both the men and women their own day of celebration.

SEE ALSO: HOW DID THE ICELANDIC SETTLERS SURVIVE THE HARSH ELEMENTS?

Þorri is a very interesting time to visit Iceland. We highly recommend visiting Iceland in Midwinter, it offers an opportunity to get the most authentic Iceland experience possible.

There is nothing more Icelandic and unique in Iceland than Þorri. It is when you can taste real Icelandic food, like fermented shark, boiled sheep heads and of course drink Brennivín with the locals.

Þorri is far from being the only interesting part of being in Iceland in January and February. Midwinter is a great time to visit Iceland.

It is a great time to see the Northern Lights in Iceland. The Northern lights, also called the aurora borealis, are nature's greatest show and seeing them should be on every travelers bucket list.

Iceland is the best place in the world to see the Northern Lights and the Auroras shine bright during the cold winter nights in January and February.

This includes not only the Northern Lights but all sites in Iceland you want to see. Whether it being visiting the Blue Lagoon, driving the south coast and seeing the Black Sand Beaches in Iceland or the Golden Circle.

Whatever you´re looking for in Iceland, waterfalls, lava fields, hot springs or simply visiting Reykjavik, the rental car is your best travel option.

January and February can be rather cold in Iceland. There is often quite a bit of snow and ice on the roads. It is best to have a 4x4/AWD for your rental car in Iceland in January and February. We offer many great rental cars for winter driving such as the Kia Sportage, Dacia Duster and of course the mighty Toyota Land Cruiser.

Which 4x4 rental car in Iceland you pick is up to you. Just be safe when traveling in Iceland and enjoy your trip.

But if you do celebrate Þorri in Iceland, make sure to leave the rental car behind if you try the fermented shark and Brennivín. 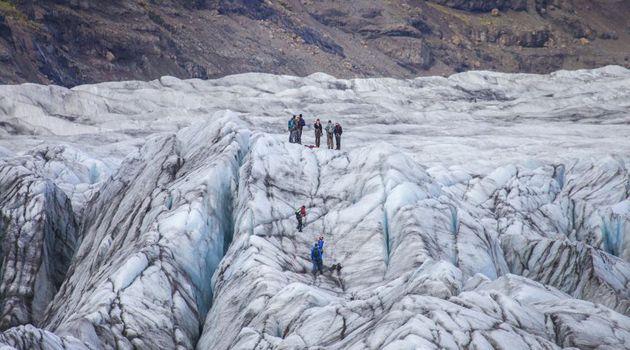